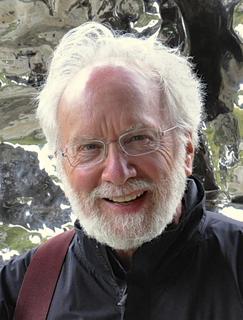 Several billion years ago, some material from a supernova coalesced, forming our solar system. Three billion years later, Abe entered Lydia one spring night in a small bedroom in a north Philadelphia neighborhood called Strawberry Mansion. A blind but doggedly persistent seed wriggled into the egg that became me and I became Hillel's younger brother. Born just one day before the end of the year 1938, I arrived through what my mom later described as her birth canal. I pictured a dark, watery zone of uncertain location replete with gondolas. Introspective, I was a happy, optimistic kid playing contentedly on the floor of the almost windowless middle room in our small first-floor brownstone apartment. That room served as entry, kitchen, dining room, and living room.

One night my father swept me up in his arms and took me out to our grassless, treeless backyard. A wooden fence blocked the view of a scary narrow alley; an open graveyard for dead cats and shallow garbagy pools of water. Dad pointed up into the black sky. Grossly myopic, I couldn't even see the fingers of his hand let alone what I believe was an eclipse of the moon. What became my lifelong curiosity about the cosmos was sealed that mysterious night— an event that remains half-dream, half-real.

A few years later when I was only seven years old, my father walked me around the reservoir in Fairmount Park situated but a couple of blocks from our house. I didn't need my new eyeglasses with tortoiseshell frames because my father tried to explain the speed of light, breaking the sound barrier, and the confounding mystery of a light-year. Even today I must pause to make sure I'm regarding a light-year properly as a distance, not a speed, nor a period of the calendar.

Today, many of my waking hours and many moments in the middle of the night are focused on understanding and writing about the workings of the universe, a view that inserts itself into my fiction and science essays. My inclination to fearlessly challenge the accepted wisdom is attributable to my atheist grandfather Papa who introduced me as a kid to the writings of Bertrand Russell. It is also attributable to his free-spirited, sometimes wacky daughter (my mom), Lyds. And lastly, my independence is somewhat attributable to the superhero flicks that I saw in the movie theater at the end of our block. Unable to see that I was NOT a superhero, I modestly called myself Jo-Jo The Iron Man.